Reprecussions from the sale of TNK-BP 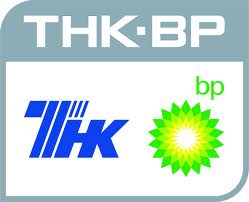 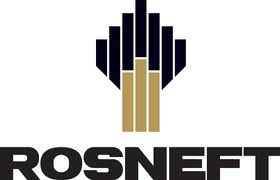 With the recent decision of OAO Rosneft to purchase TNK-BP from its various owners, one of the most strained partnerships in Russian economic history comes to an end.  Rosneft has agreed to pay a total of $54.8 billion to BP plc and the Alfa-Access-Renova consortum (AAR) controlled by four Russian billionaires.  These oligarchs--Mikhail Fridman, German Khan, Viktor Vekeselberg and Len Blavatnik-- defied the stated policy of the Kremlin last year to prohibit BP from entering into an artic exploration agreement with Rosneft.  With ill feelings all around, it was apparent that this business union was headed for a divorce.

Initially, AAR offered to buy BP's 50% ownership in TNK-BP, but this offer was withdrawn when Rosneft offered to purchase AAR's shares instead.  AAR is slated to receive $28 billion for it's half of the company.  Rosneft then offered BP the chance to sell its shares, as well.  Anxious to raise capital to pay its Gulf spill-related expenses, BP agreed to accept $10-$15 billion in cash,and a 12.5% share in Rosneft.  BP plans to use part of the cash payment to purchase an additional 5.66% of Rosneft which, combined with the 1.5% share they already hold, will bring their share of ownership to approximately 19.75%.  75% of Rosneft is owned by the Russian state, while the remainder is sold in the market.

Analysts believe that the majority stock holder Russian state will help finance the purchase.  "For Rosneft to buy both AAR and BP to form a fully state-owned oil champion would be the cleaner solution for the Russian state, and is likely to require further state injection into Rosneft, given that the company had previously been sounding out the market for a loan to buy part of BP's share," said RBC Capital Markets Corporation's Peter Hutton.  Not as much cash is required for the deal as the original figures would indicate, since BP and AAR are owed about $2.5 billion in dividends from TNK-BP.  According to journalist Paul Whitfield, this means the cash proceeds from the two deals are actually $26.75 billion for AAR and $15.85 billion for BP, falling to $11.05 billion for BP after its acquisition of Rosneft stock.

Russian President Vladimir Putin appears happy with the deal.  "This is a very good signal for the Russian market.  It is a good, large deal.  I would like to thank you for this work," he told Rosneft CEO and longtime ally Igor Sechin.  Putin should be happy:  the deal gives Rosneft a seat on BP's board.  This will give Russia a voice in BP operations outside of Russian territory such as in the Caspian where BP is the lead oil company.

The deal puts Rosneft ahead of Gazprom as the leading energy producer in Russia.  After the deal is consummated, Rosneft will produce 4 million barrels of crude oil a day.  This does not appear to be the result of any inside-Kremlin politics, but economics.  As the price of natural gas declines in the face of the shale revolution, it should be anticipated that Gazprom's importance would also decline.  Moscow needs revenues, however, and the price of oil remains high.  Igor Sechin, driven out of the cabinet by former President Medvedev, is back in the cat bird seat.
Posted by James J. Coyle at 4:32 PM